Student perspective: My first camp in the USA 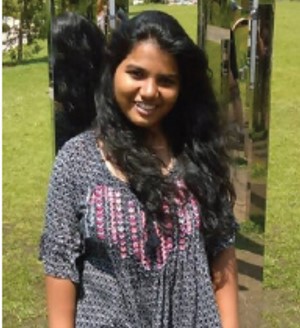 How does Hindu Students Council influence our youth and provide them space for a positive and confident Hindu identity? Sneha Madimi, an international student from New York, wrote about her experience after attending HSC’s 2019 Annual Camp. 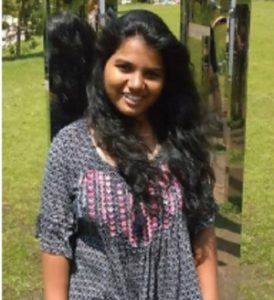 A week before, I went to a camping trip after a long time. And it is also my first camp in the USA. Which is a big milestone because I hardly socialize here. (Not that I don’t want to, I just never find the time.)

I can’t even explain the amazing time I had! The location was in a serene ashram, the surroundings consisted of an open area of grass and trees. There was a small trail way and a stream passing through and a temple with Lord Ganesha’s Murti. We even spotted an otter! The peaceful vibes were a change from the hustle and bustle of New York City. The gentle ringing of the bell when you open the ashram’s door along with the beautiful flute music being played softly really brought me peace and a sense of joy. Everything was neat, clean and organized and although the food was simple, its taste was divine. I think in places where divinity resides, everything feels perfect, safe, and probably even closer to heaven. 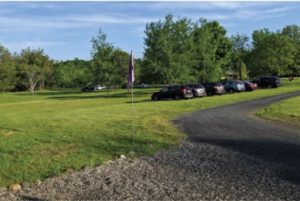 Attending the camp as an international student from India really made me feel a bit closer to home. The camp was organized by the Hindu Students Council and the theme of the camp was “How to be a Woke Hindu”. Being raised by a Christian mother and an atheist father, I never got to learn much about Hindu Dharma. I believe that despite our change in religion later on, if we are Indian, then we are born Hindu. Hence, it is imperative to learn about our culture and history. Going to the camp actually made me learn more about my own Indian culture, more than I ever had, even when I was living in India! The seminars and sessions were on a variety of topics: from spiritual lectures on Hindu texts to casteism, to the portrayal of Hindus in the media. At the same time, I met so many amazing people who I could talk to about spirituality, life, society, etc. Not only was I able to have discussions on heavy topics, but I could also be my goofy and jocular self. And the games based on Hindu history brought in a lot of challenge and fun! The leadership skills sessions and accessibility to the chairman of the organization boost my morale and made me realize that I could build my talents and interests within an organization like this. 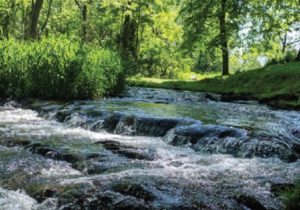 Living as an international student in the US has been a bit isolating for me. I am sure a lot of international students understand where I am coming from. Being part of an organization and finding a community away from home, really helps find solace and purpose other than just academic pursuits. Even after living here for four years, this was my first time going to a camp. I am usually very sociable and I love going for excursions like these, but sometimes studies and other priorities get in the way. There are also times when making a connection with people in a foreign country is not that easy.

Earlier, as an Indian international student, I was excited and was ready to have everything that the US offered me. I wanted to isolate myself from the Indian community and mix up with other cultures. New York especially is such an exciting city as it consists a “melting pot” of cultures. I wanted to be immersed in it completely. I love being global because you get to try something new, whether it’s eating Korean food or watching Turkish drama.

Going native and becoming the “true New Yorker” is exhilarating and enriching. But as I continue living in New York and keep running for something new, I kept remembering my roots and my home. There are times when I miss my food, my culture, my songs, my holidays, and even my people (no matter how annoying they can be!) 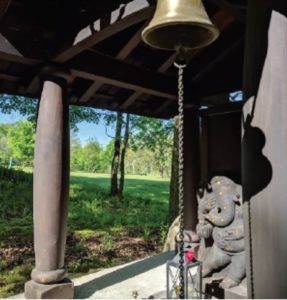 Sometimes in the pursuit of opening our minds to different cultures and different people, we tend to close up our minds to our own people. That was happening to me. I had resentment towards the desis around me. I did not want to be with them because they remind me of the annoying quirks and habits that were exclusive to our community. I don’t know how it is with other communities but within the Indian community, when you see someone who’s Indian in a foreign county, you loathe them for being here and being desi just like you. It is funny but it is true. You don’t view them as your brethren, but they are a familiar enemy now. I never liked being with the Indian community in the US because I always thought of them to be drama-hungry for no reason, prideful, and imitators of western culture. I find that there’s a lack of unity among the Indian community in the US, however, I will cover more about this topic in another blog post. Despite everything, this camp helped me find and connect with like-minded desis (and many Caribbean Hindus!) on a deeper level. That really changed my perception of the desi community in the US. This camp made me believe that it is possible for Indians and others originating from the Indian subcontinent to unite as a community. The right kind of desi will not make you feel isolated from your community but will embrace you as family.

Another interesting thing I realized is that people who are from your own country are aware of your perceptions, attitudes, and habits. They’ll be able to better steer you towards the US culture in general. For example, a person who originates from your native country will be able to catch your habits or speech that may be acceptable in your country, but not acceptable in American culture. They can gently explain to you what can be spoken/done or what cannot. It saves you from embarrassing situations if certain events occur with an American native (I have some crazy stories, but that will be another article!). Being with people from your own country will expose you to the opportunities available in the country you’re living in and tap into those resources. This is very important for an international student in many ways. I think I am blessed that I was able to forget my homesickness with the Hindu Students Council Camp. I have come to the realization that in order to balance your life in the US, participating in inter-cultural activities is inevitably necessary, but at the same time; keeping in touch with your own community helps a lot with adjusting into the US life. And most of all, it lets you enjoy your time here just a little bit more. 🙂