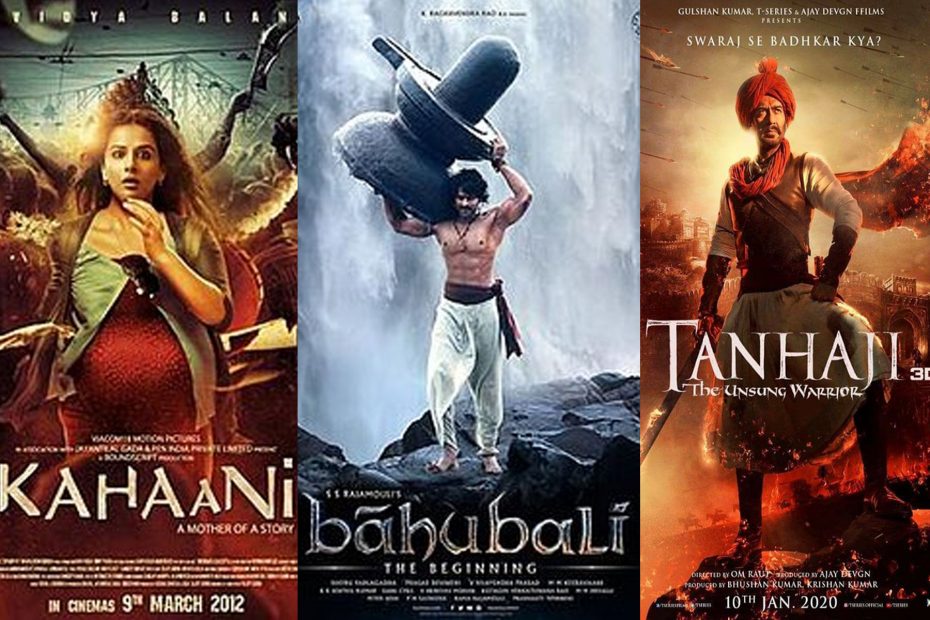 There has been a lot of analysis of Hindu references in mainstream Western movies and TV shows, with notable examples of nuanced concepts such as karma and maya appearing in blockbusters such as Star Wars and The Matrix. Around the same time, halfway around the world in India, concepts, stories, and authentic depictions of Hindu culture were ignored and even questioned unfairly (i.e. the portrayal of certain ritual practices in PK and mockery of individual beliefs). Recently, there has been an increase in movies with authentic portrayals of characters and Hindu ideas.

Of course, biopic style movies such as Tanhaji and Padmaavat had characters who were proud of their Hindu identity, which is why Hindu ideals and morals were omnipresent whenever the characters were on screen or making decisions. For example, throughout the movie Tanhaji, the story explores the same premise as the Bhagavad Gita – the responsibility of an individual in the face of the seemingly conflicting duties each one of us has. Just as Arjuna once contemplated whether his relationship to his elders, mentors, and family was above his dharma as a kshatriya to defend what is right, Tanhaji is torn between his wife and son and his duty to his motherland and Swaraj. In the end, he chooses his duty towards society, as Arjuna did in the Mahabharata.

On the other hand, there has also been a rise in similar Hindu motifs in movies that don’t have such explicit references from characters. One prominent example of this is the very ending of the movie Badla, in which Amitabh Bachchan’s character says that Draupadi’s revenge has been taken by Yudhistira. While this isn’t explained in the movie, the reference here is to the Mahabharata, where Draupadi was insulted by the Kauravas after a dice game in which Yudhistira gambled Draupadi and lost, leading to Duryodhana insulting Draupadi by implying that Draupadi sat on his thigh. While in the Mahabharata, Bhima is the one to defeat Duryodhana by force and avenge Draupadi’s insult, Badla’s reference to the Mahabharata is a play on this storyline in which Yudhistira avenges his wife using wit and brains, as opposed to brawn like Bhima, all while being on the side of the righteous. Another example in a very different genre of movie in recent Bollywood cinema is Housefull 4. Though I won’t speak to the quality of the film from a critic’s perspective, objectively, the movie was a blockbuster and was widely seen. The premise of the movie, similar to another major blockbuster released a few years ago – Om Shanti Om – is reincarnation, which is another major Hindu motif that appears throughout Hindu philosophy and mythology. Indeed, even a movie like Kahaani (starring Vidya Balan) is reminiscent of the story of Savitri and Satyavan, where the Savitri follows Yama after he claims her husband’s soul relentlessly to ask for her husband’s life back. Though the story of Kahaani isn’t able to revive the dead, it symbolically does so by apprehending the true culprits of the crime and clearing the husband’s name. Vidya Balan’s character is shadowed by an assassin and many twists that are symbolic of being in Yama’s shadow, and still relentlessly keeps chasing her goal of clearing her husband’s name until she succeeds.

One last form of Hindu symbolism in Bollywood that is striking is in the attention to detail within movies related to folklore or history based on even fictional storylines. One amazing example of this is the Baahubali dilogy, which has incredible attention to Hindu and religious parallels in the real world despite being a somewhat fictional story. From the very beginning of the first movie, we see a rural setting with the villagers steadfastly devoted to Shiva. While these villagers don’t seem to have a king and are disconnected from the world around them, they are cognizant of the existence and probable dangers of stepping outside their world. This is striking, as anthropologically this is an accurate representation of hill tribes and other indigenous people who lived their own ways for thousands of years with their own belief systems. Beyond the cultural details, the movie also accurately portrays land and regional differences correct (roughly). For example, when Baahubali travels north with Katappa to ensure peace, he encounters the kingdom of Kuntala. First of all, the land in this region is shown to be more mountainous, with a dam at the top of the kingdom and a fort made of white. This is in contrast to the land near the kingdom of Mahishmati, which is more arid and possible in a more central/southern location (Interestingly, the movie kingdom shares its name with a kingdom mentioned in various historical texts said to have been set in Madhya Pradesh [1]). The forts of Mahishmati are red and white which supports this notion, while the forts and architecture of Kuntala is distinctly white and thus likely made out of marble, which is a common trend for architecture and religious items by location. Even the murti of the diety of Kuntala, presumably Krishna, is made of white marble. This stands apart from the dieties shown (for the most part) in Mahishmati, which are black – most strikingly, a murti of Kali ma made out of Granite. Beyond this, the music in this northern region uses instruments and style traditionally more closely associated with Hindustani classical music as opposed to Carnatic (which was seen in Mahishmati alongside bharatnatyam – a show of the diversity and size of the kingdom and its subjects).

In terms of Hindu philosophy, Baahubali speaks to the nature of sacrifice as is discussed in the Upanishads and the shift introduced in Hindu practice over thousands of years. While some Vedic rituals consisted of physical offerings and sacrifice for the betterment of a person or society, over time this shifted to “internal” or “domestic” sacrifices, where later Upanishads discuss sacrificial material as a symbolic means to see the atma and God, without physical (animal) sacrifice. Baahubali brings up a very similar point in his sparing of the bull set to be sacrificed by him, and speaks to a larger notion of understanding the true meaning of rituals and performing them meaningfully instead of blindly.

We all love watching movies, and our brains are naturally trained to evaluate elements of movies such as plot, acting, direction, cinematography, even set design and visual effects. However, as a proud Hindu who grew up listening to and reading Hindu stories and literature, I have found it fulfilling to notice these Hindu motifs and nuances within popular movies and things I see daily. As we believe Hinduism is “Sanatana Dharma”, it is all around us, and it is up to us to see the examples of it that pervade our everyday lives – even in the places we may least expect it.

Harsh Agarwal is a student at Rutgers University and a member of Hindu Students Council.