How sustainability is ingrained into Hindu culture

It is the year 2020. Last year, the Intergovernmental Panel on Climate Change (IPCC) has found trends in global temperatures from 2015 – 2019, being the warmest period ever to be recorded in history. With other related issues, such as decrease in sea ice and masses as well as rising sea levels, the need for sustainable practices has never been stronger in the last decade.

To tackle this, change begins with every individuals actions. For Hindus, sustainability has been ingrained in our culture and practices for centuries. Here’s how.

According to the Government of India’s census bureau survey, 28.5% of Indians are vegetarian. This equates to roughly 390 million people practicing vegetarianism. 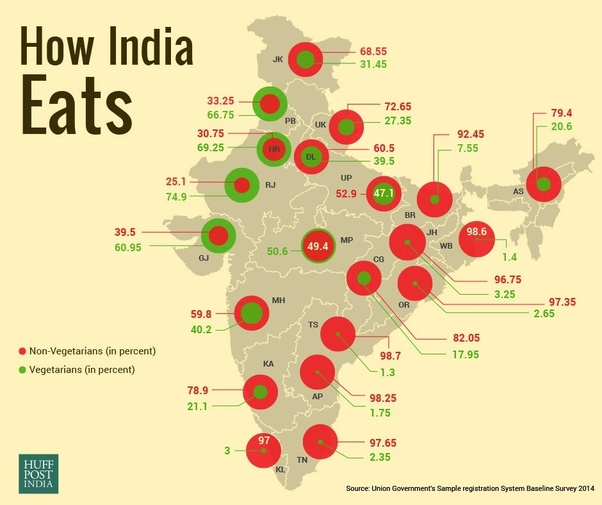 This may not be a high number; regardless, India still has the largest percentage of vegetarians in the world. It is important to consider non-vegetarian practices in non-Hindu religions. Other nations that have high % of vegetarians are Switzerland, Israel and Taiwan. In the last several years, there has been a significant increase in practicing vegetarianism.

Why are people vegetarian?

Hindus have a belief that the killing of any other human or animal is wrong (This information can be found in the Rigveda). Hinduism follows a karma based system – similar to Newton’s third law (Every action has an equal and opposite reaction) This system is used in both Hinduism & Buddhism.

Karma can be defined as follows:

“the sum of a person’s actions in this and previous states of existence, viewed as deciding their fate in future existences”

Our karma system is essential to understand why Hindus are vegetarian. It is the belief that by indulging in dietary habits that involve the killing, pain and suffering of animals, this energy would come into the food that is consumed. This is why in many brahmin households, Hindus still chant sanskrit prayers while cooking, to accumulate positive energies into their food.

“What is the good way? It is the path that reflects on how it may avoid killing any creature.” [Tirukural 324]

This is basically an example of positive and negative karma.

What about Hindus who are non-vegetarian?

Many Hindus who do choose to eat meat decide to only do so on certain days. There are many different reasons as to why this is the case. For example, different families and communities worship a wide range of different deities. On days where this deity is worshipped, the family decides not to eat meat.

The main sources of meat for non-vegetarian Hindus are fish, goat and chicken. 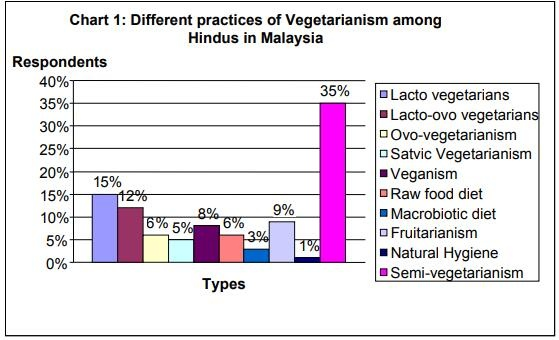 For other communities, individuals would like to take a break from eating meat – almost like a form of intermittent fasting. The reality is – in Hinduism, it is each to its own.

Why is this sustainable?

Lands, rainforests and species have been consistently eroded in order to make room for humans’ needs. By incorporating a vegetarian diet, this would have tremendous effects in order to slow down climate change. 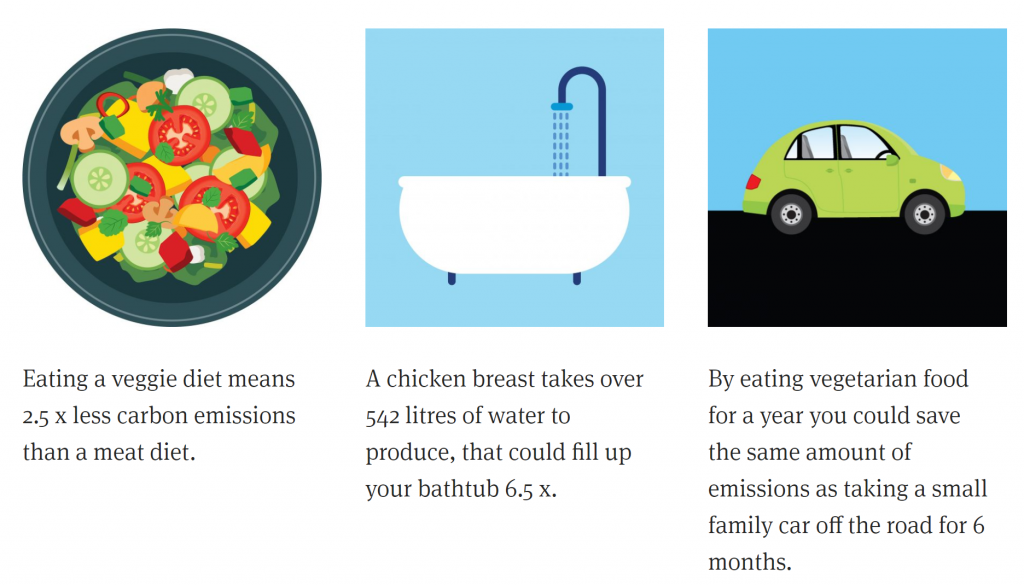 One of the most common practices, especially in South India, is the practice of eating on palm leaves. Large leaves serve full meals and are often used in large family gatherings, weddings or general restaurants.

These leaves have polyphenols, known to be antioxidants. This will kill any germs presents in the food. According to NDTV Food, “Banana leaves have a wax-like coating that prevents dirt and dust from sticking on the surface of leaves. It also adds subtle and earthy flavours to the dishes that are served on the leaves”

These are significantly cheaper than eating on plates, washing them and using up resources. Leaves just need a little bit of water and that’s all.

Once you are done eating on the banana leaf, all you need to do is dispose of them. They are degradable, unlike plastic utensils (When people eat on banana leaves, they eat with their hands)

This is my first time eating on a banana leaf; what do I do?

Growing up, one of the most important things my parents always stressed is not to waste food. This is likely to be similar in every households. For Hindus, every grain of rice holds importance. Before eating meals, Hindus perform naivedhya, to offer food in front of god before consuming it ourselves. This is to show gratitude for the food being eaten.

To end this, I would like to share a prayer that I regularly say everyday to be thankful for having food on the table (at all times)

Mother Annapurneswari Who is the darling of Shankara Please give me alms Of knowledge and renunciation For me forever.

Annapoorne – the wife of Lord Shiva; She who is full of food

Sadapoorne – who is always full of resources

Siddhyartham – to fulfill the purpose of

Namostute – we bow down to You