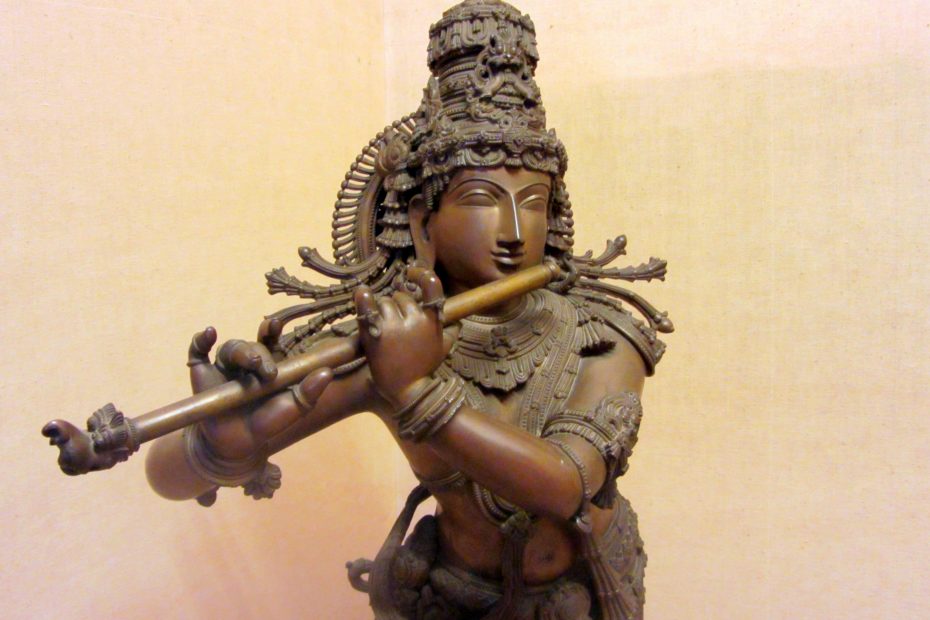 When I was an innocent nine-year-old watching the devotional Telugu movie Ramadasu, which is about a great bhakta (devotee) of Lord Rama and a Carnatic composer named Ramadasu, I was stunned at the song Ikshvaku Kula Tilaka. I vividly remember holding my hand to my mouth while the composition, which was composed by Ramadasu, that seemingly was insulting Lord Rama was sung.

“With whose father’s wealth do you think you are shamelessly enjoying and traveling?”

Here, Ramadasu was asking Lord Rama if the wealth and jewels Rama was adorned with in Bhadrachalam were paid for by Dasharatha Maharaja or sent by his father-in-law Janaka Maharaja.

My initial shock transitioned into pondering; I wondered why a devotee that sacrificed freedom to build a Rama temple in Bhadrachalam was questioning the very same divine being.

I didn’t have to think long because I began to understand what I was listening to when the last line from the composition was sung:

“You are the one who rules and looks after your devotees, O’ Lord Rama. So please ensure that your very own Ramadasu is also safe and protected, O’ Lord Rama.”

As a Carnatic vocalist and a devout Hindu, I have always found Ninda Stutis to be quite interesting. While I initially felt a bit uncomfortable learning them, I have come to realize their purpose. Time to share that.

First, what are Ninda Stutis?

Ninda Stuti essentially translates into praising (Stuti) through blame or abuse (Ninda). Confusing? What I also thought. In Ninda Stuti pieces, you question the Divine. Sometimes you scold them or make unflattering comparisons, such as how Sant Tukaram compares Lord Vitthala to a Bhoota (Ghost) in Pandhariche Bhoota Mothe.

However one chooses to approach Ninda Stutis, one thing is for certain: it always is done out of love. Love for the Divine.

So evident is this that Purandara Dāsa, who is known as the father of Carnatic Music and for his loving praises to Lord Krishna, composed several Ninda Stutis to express his love in a different, unique manner. Even the great Sadhguru Sri Tyagaraja composed Ninda Stutis, such as Abhimaanamu Ledemi in Andhaali Raga. While they may superficially seem like abusive rants, Ninda Stutis are a unique way for great devotees of the Divine to praise them and show their love for them.

In a world so sensitive to so many topics relating to blasphemy in religious matters, it speaks well of Hindus, Hinduism and Hindu deities that Ninda Stutis have found a notable place in Indian Classical Music, particularly in Carnatic Music and the Varkari Genre. When I asked my guru why Ninda Stutis have not been shunned, she relayed that the deities are not so weak that they get offended when their dear and beloved devotees choose to express their love creatively.

At the same time, she rightly stated that Ninda Stutis are not a license to insult with malignant intentions. Let me say that again: they are not licenses to insult Hindu deities with malignant intentions. Those who think so miss the point of Ninda Stutis entirely. Ninda Stutis are simply praises of love and admiration composed and performed in the quest to seek unity with Brahman, which is the ultimate divine reality for Hindus. Let them be heard and sung. Let them bring us closer to the Divine.

1 thought on “Ninda Stutis: Praising the Divine through Scolding”