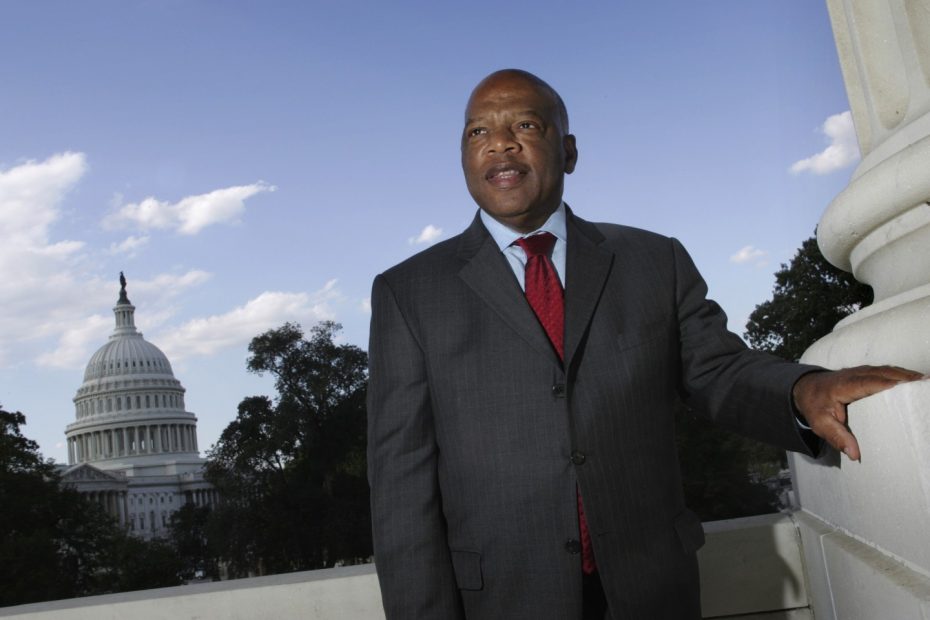 Hindu Students Council is deeply saddened by the death of civil rights icon and Congressman John Lewis. We offer our sincerest condolences to his family, friends, and well-wishers. He truly was a towering figure in our nation’s struggle to pursue justice and equality for all people. Rep. Lewis also had a special connection with HSC, and we offer this remembrance as a shraddhanjali.

HSC co-founder Gokul Kunnath recounts that in 1997, “Hindu Students Council had organized a series of nationwide events under the banner of the Freedom Festival. The festival-related event in Atlanta was held in Georgia Tech. Since the Deputy Indian Ambassador was also invited, I thought it befitting to honor a living legend like Rep. John Lewis by Hindus. HSC gave him the Champion of Freedom Award.” As part of the HSC Freedom Festival’s emphasis on celebrating 50 years of India’s history as a democracy, Rep. Lewis spoke about India, non-violence, and the importance of freedom. Lewis was an admirer of the struggle Mahatma Gandhi led for India’s independence and how it helped shape the Civil Rights movement in the U.S., which he also addressed. Kunnath, a long-time resident of the Atlanta metro area, has since known Rep. Lewis personally. As he writes, “I loved him very much. It is a personal loss for me.”

Indeed, Rep. Lewis had an impact on all that he touched and his passing is a deep loss for all of us who care so deeply for ending prejudice and hatred in this country. His lifelong commitment to stand for justice continues to inspire so many of us as an example of what satyagraha can accomplish. Today, we remember those contributions. Om Shanti.