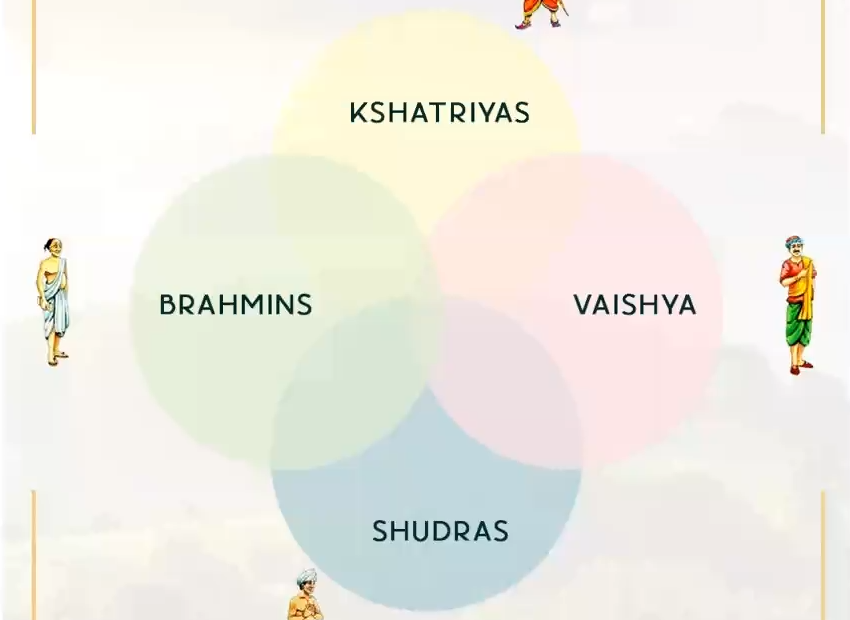 As a reminder: blog posts posted on our website are the opinions of the student writers that wrote them. These are not the formal opinions of HSC as an organization.

When I was younger, I dreamed of being a Green Beret, Ranger, Seal, Recon Specialist, PJ, or whatever kind of special forces units that were out there. I didn’t care what team I would join. I just wanted to be one of the most elite warriors on planet Earth. I never really thought of girls in a romantic way because I didn’t think a girl would fit well in the lifestyle I wanted. There’s no time for girls when you are on the other side of the world fighting to stay alive against enemy onslaught. Then the freight train of hormones hit.
When I was younger, I had a huge crush on this one girl. One day, I manned up and asked her out. I got rejected but thank God I did; I would have a hard time bringing a Christian girl home to meet my parents. Seriously though, it would not have been a good move practically speaking because I think it would be easier to marry someone who has more or less a similar religious and cultural background to you. I have seen interfaith/cross-cultural marriages work; I think it can be beautiful when both people put in the time and effort to raise a family with a mix of cultural beliefs. If you can do it, good for you. I’m kinda lazy and don’t want to put that much effort into it.

We can create any number of criteria we want our partners to fill. To some people, considering horoscopes might seem silly, but to others, they remain a driving factor in deciding whether or not the marriage goes through. Another example is caste. Some will consider it when it comes time for marriage; others will not.

When you discuss Hindu Dharma, you bring caste into the picture sooner or later. Everyone has their own opinions towards the topic. Some people say that caste, as it is modernly understood, has nothing to do with Hindu Dharma, yet others claim caste is a defining characteristic. I figured I’d offer my own take on the subject.

Look, I am not a God-realized saint; what I say should not matter when it comes to pretty much anything (unless it involves food). Also, I live in America. I do not understand the nuances of how caste plays into modern society or politics in other areas. If I refer to a modern interpretation of caste, I am referring to what I think most people believe caste entails, but I do not speak for anyone but myself. Also, when I say modern, I mean since the last couple years or so (which is not long on the global scale).

Let’s first look at the history of the word caste. The word caste never appears in any Hindu text. If I’m not mistaken, the word itself has Portuguese roots and further stems to Latin origins; no derivation exists in Samskritam. Scriptures do, however, speak of varnashram dharm.

Before explaining varnashram dharm, an interesting point must be noted. To my knowledge, the idea your intended profession being hereditary appears in cultures throughout history; the idea of professional heredity existed in most cultures and regions of the world. In fact, there are many instances of where a child assumes the parent’s profession even today. For example, when I ask members of the military why they joined, some of them attribute their decision to a paternal figure who served in uniform, and people consider this totally normal.

A student of Shree Maharaji explains that varanshram dharm is an organized structure for society. The structure speaks of 4 ashrams (stages of life) and 4 varnas (categories of occupations). The first stage of life beings with brahmacharya ashram (student phase) and is said to last until 25 years of age. The second phase is grihastha ashram (household phase) which involves being married, raising children, working in society, etc. and lasts until 50 years of age. The third phase is vanaprastha ashram (semi-renounced/retirement phase) which is where you start to enter retirement and practice renunciation of the material world and lasts until 75 years of life. Finally, sanyas ashram (full renounced life) traditionally involves leaving society and only thinking about God and lasts from 75 until death.

Many people often equate caste with the 4 varnas. Brahmins (priestly class), Kshatriyas (warrior, rulers, and administrative class), Vaishyas (mercantile and farming class), and Shudras (working class) make up the varnas. Many mistake varnashram dharm to be a rigid, oppressive institution, but they glance over a critical aspect of this system. The structure fails to represent a hierarchy.

The brain, heart, lungs, and stomach argued with each other one day on who was the most important for the body. The brain said, “I am the most important. Without me, there is no thought, communication, sensation, perception etc.” The stomach responded, “If it were not for me, none of you would get the energy and nutrients needed for survival.” The heart exclaimed, “Are you fools? I am the one who is responsible of pumping blood throughout the body to give oxygen. I am the most important.” The lungs chimed back, “You are the fool! I am the one who gives oxygen to the blood for survival. Without oxygen, the body will shut down.”

From simply looking at the body with an incomplete understanding, one can claim that one organ is higher than the other based on location or even function, but it does not take a genius to realize all are essential for life. We can think of the 4 varnas in the same way. Neither one is more important than the other; missing any division of labor would cripple society.

I witnessed a lot of debate on how varna is determined. Some people argue it is determined by the varna of your parents, yet others deject such notions by citing examples from Hindu texts. For example, shloks in chapters 2, 4, and 18 of the Bhagavad Gita mention how varna is more complex than just birth. Another example people often bring up is the Ithihas and its descriptions on the nature of varnashram dharm. Regardless, people proclaim Hindu Dharma to be casteist and oppressive.

How is one’s varna determined? My question is, who cares? Why does it matter that much? Jagadguru once said the words Brahmin, Kshatriya, Vaishya, and Shudra are just mere descriptions for the body at best; they are not tied to our real identity. Our true identity as the soul is the servant of good, and this aspect of us never changes. If you claim to be a Vaishya in this human birth and are born as a flamingo in the next life, are you still a Vaishya? If the title does not go with you lifetime to lifetime, is it really a part of your true identity?

More importantly, the purpose of the human life is to become God-realized. Jagadguru explains that varashram dharm is a preliminary dharm, or apara dharm; it is meant only to uphold and maintain the physical body and society. The superior dharm, or para dharm, is loving and surrendering to God. What we do physically does not really matter when it comes to God realization.
Even though this human birth is meant for God-realization, we cannot just ignore the needs of the body. We need to eat, we need to sleep, we need to maintain our health. Varanashram dharm provides a framework of division of labor to uphold the body and society physically.

If all this is true, then why are people so adamant to focus on caste when talking about Hindu philosophy? One reason is misunderstanding; many people hold their physical identities to be their true identities. I may be a son, brother, husband, or father, but those words apply to this lifetime. When I close my eyes for the last time never to open them again, all those titles I attribute to my identity stay behind with the body while I move on alone. When one attaches identity to physical aspects, it becomes only natural to have a desire to have discussions on the physical world. Furthermore, increasing attachment to the physical descriptions of the body leads to an increase in pride which leads to increase desire to talk about the physical realm instead of talking about God.

In addition, some people love to center their study of Hindu Dharma on caste because it opens a gateway to undermine Hindu Dharma at a philosophical level. Their main argument is that caste is rigid, oppressive, and fails to allow for social mobility. Even when presented with references from Hindu texts on the nature of varnashram dharm, these people persist their viewpoint is correct.

Part of this specific dilemma arises because we are unable to differentiate the practitioner from the philosophy. When presented with Scripture, arguers present caste as practiced in the modern, historical context of society to support their claims. However, we must realize practitioners can deviate in practices from foundational texts in any faith.

Furthermore, society’s goals shifted since Vedic periods. During the Vedic era, the center of society was God and serving God. These days, our society glorifies people who escalate the socioeconomic ladder or have material possessions and influence because we base our hierarchy on a material measurement scale. I can name more rich celebrities than I can name God-realized saints.

When our value system is based on such fickle, material measures, it makes sense why we talk about the social ladders of various institutions. However, in a God-centered society, not many would discuss the nature of caste or physical occupations because God cares little for what our professions are. What matters is if you are doing work to serve God and loving God. No one cares about your social or economic status in a God-centered society. You might be a respected king in this lifetime, but you can easily be a beggar in the next. Sri Krishna states that if someone who is looked down upon by society but has love for Him, then Krishna considers that person to be higher than any other man, woman, or child.

I do not intend for this article to have a solid stance to change people’s minds. The point of this article is not to talk about the implications of cate, the applications of varnashram dharm, or the nuances of how people think varna is determined. If you made it this far, I hope you realize how silly it is to consider caste to be a fundamental part of your true identity. I hope you realize how silly it is to discuss caste as it applies from a Scriptural perspective to modern society which holds vastly different values than the Vedic society. I also hope we start becoming mature enough to realize God does not care about our physical profession; God only wants our selfless love.

Though some people claim cate to be a defining characteristic trait of Hindu Dharma because of modern historical developments, the philosophy says otherwise. In fact, the physical duties have little to do with the true goal of human life. We should understand our identity, our eternal identity, will always be a servant. You and I are nothing more than servants of God in Her kingdom, and She sees us all as equals. We may not be able to change society’s views and thinking, but we can better ourselves by not worrying about things which hold little value in the long run.

1 thought on “Caste – An American’s Perspective”